Trending
You are at:Home»General»‘Finding Dory’ Announced as Sequel to Pixar’s ‘Finding Nemo’ 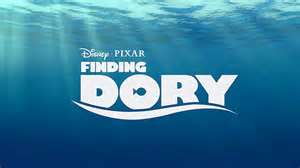 The web has been abuzz this afternoon with news that Disney and Pixar have finally announced the sequel to the popular ‘Finding Nemo’ movie, and its going to be called ‘Finding Dory’. The story for this new animated film is reportedly taking place on the California coastline, one year after the events of ‘Finding Nemo’. It will include many of the same characters from the first movie, and we hear the gang from the dentist’s fish tank will be back as well. ‘Finding Dory’ will be reportedly hitting the theaters on November 25th, 2015.

As with most movie news, the plot hasn’t been revealed, but given the unimaginative name, we’re sure the story will center around Dory and her plight to escape some impending doom. What we’re really curious to see is if Nemo will be all grown up, or if Disney will try to cash in on his tiny, special finned appearance once again.

We’ll keep track of the updates on ‘Finding Dory’ keep everyone updated on the film’s progress.