Trending
You are at:Home»General»Acrylic Tank Manufacturing Kills Shark, Goes on the Defense by Attacking Bloggers 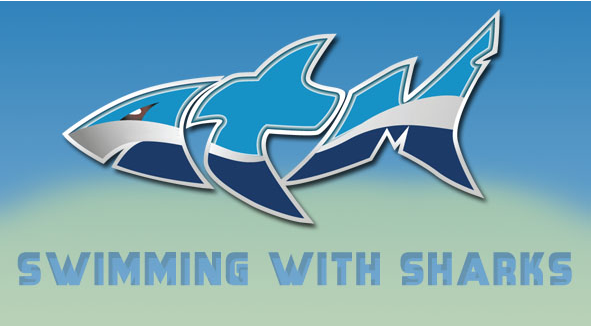 Here’s a long, dramatic story that is best told from the beginning, and with as much fact that can be gathered because there are two sides of the story and plenty of gray areas in between. No matter how much spin is being put on the details, what we do know is that at least one shark and two lookdowns died after an aquarium was installed at a new Applebee’s restaurant in Coney Island. Details about the shark’s death are a bit murky, though we can speculate all day long, and the two lookdowns were the victims of another shark’s aggressive hunger, as they were both eaten. The story was first published in the NY Daily News, quickly making the rounds on several blogsites, prompting a swift and somewhat incohesive response from Acrylic Tank Manufacturing.

According to the NY Daily News story, a blacktip shark was removed from the restaurant’s 5,000-gallon aquarium after devouring three lookdowns. The same day, a whitetip shark died after it collided with the three-foot Wonder Wheel replica. All of the deaths happened on the same day that the sharks were placed into the tank, which occurred after the sharks were in transit for two-days apparently. In an interview with the owner of that particular Applebees, Zane Tankel, it was claimed that the the sharks were in shock because they were moved in too quickly. Given the reputation of ATM to build these massive tanks and stock them so quickly, it’s not a stretch to assume that the NY Daily News was right, at least on the details of improper fish acclimation.

Following the original news story, both Reef Builders and Advanced Aquarist chimed in with a couple of opinions that we couldn’t agree with more. Essentially, both articles scolded ATM for their questionable husbandry practices, which we’ve all laid witness to on Animal Planet, and blamed them for everything that happened. In their response, ATM claimed that only two lookdowns had died from the shark attack, and that the shark that died wasn’t a whitetip, but a smoothound shark. Their defense also claims that proper care was taken in the acclimation of all of the fish and that the tank was fully cycled with their self marketed products.

The NY Daily News article and the two blog articles caught the eyes of Acrylic Tank Manufacturing, who posted a response  that provides their side of the story, as well as several paragraphs defending their quick cycling bacteria products. In the process of their article, which has been removed from their website, they blasted all of the big aquarium blogs, mentioning our criticisms of their products a whopping three times, with links back to our articles. To be completely honest, our articles have been quite harsh against ATM and Tanked, though we don’t regret the standpoint we took.

All in all, the response from ATM has only made their situation worse. We weren’t part of the initial release of the information regarding the Coney Islands, but you better believe we are now. ATM has completely removed the response from their webpage, but fortunately for us, we have screen captures and access to chached data. Stated below is a copy of their original article, but the individual links have bee removed.

This post is in response to the recent fishy article published by by Simone Weichselbaum and Stephen Rex Brown of the NY Daily News regarding the recent ATM install in Coney Island.

The article, along with its erroneous facts and insinuations, unfortunately has been picked up and repeated elsewhere on the net.

Here are the actual facts of the aquarium and the “incident” which has caused such a ruckus. It is clear that the charges contained in the story do not reflect the actuality of what transpired. “Sensationalism” is kind of like a “ghost story”. Its just something that other people talk about until it happens to you!

First, and most importantly, at no point did any sharks arrive in this aquarium (or any other ATM aquarium) directly from the ocean as stated in the article. This is absurd and completely false.

The blacktip shark in question resides in his own tank and was temporarily transported to the aquarium for the unveiling. His return to his home tank went as planned, and without issue. This shark didn’t “have to be” removed for any other reason than he was supposed to be removed to go back home to his tank. There are no injured sharks.

Two lookdown fish were eaten by the blacktip shark not three, and especially not “the whole aquarium”. This shark didn’t “snap”. A shark eating fish is typically described as “normal” rather than “snapping”. Despite that, this was uncharacteristic of this particular shark, but there are no certainties with wild creatures. Sharks and all animals are creatures of instinct and not programmed robots. Unpredictable things can happen even in the best of circumstances.

So that there is no misunderstanding, allow this to be very clear: At no time was there ever a whitetip shark in this aquarium. Therefore it is impossible for a whitetip shark to have died in the aquarium as the story claims.

One smoothhound shark unfortunately did perish. We are very saddened by this. This shark also did not come directly from the ocean. This shark had prior acclimation to captivity.

It is important to follow very strict protocol when handling marine specimens and ATM goes to great lengths to ensure that their habitat and acclimation is the best it can be. Fish keeping isn’t a perfect science. While many do exceptional in this field, no scientist, hobbyist, expert, handler, aquarium company, LFS, Youtube video personality, or blogger has a perfect record when handling amazing creatures that we have devoted our lives to. Like all of the aforementioned, ATM is not perfect and will also take this experience and use it to improve what we do. This is the way we roll.

Due to the inaccuracies and falsehoods in the story, ATM hopes a retraction is executed in light of its near complete defacing of the facts and subsequent circus it has caused. It is unfortunate that proper journalism procedures of fact-checking were not conducted by the original authors nor the other websites that carelessly repeated it.

In regard to the Coney Island Aquarium, here are the facts:
2 Lookdown fish eaten by blacktip
1 Smoothhound shark from captivity
0 Whitetip sharks included in this aquari0 Injured sharks
0 Amount of sharks that have ever went straight from the ocean to an aquarium by ATM

Not one of the losses of these three fish were due to any “rush” nor “improper procedure”. ATM followed the same procedures that always yield great results.

“BE WHAT WE WANT YOU TO BE”

ATM is often criticized because the television show does not “educate enough”. ATM could never “educate enough” on a show that isn’t about teaching aquarium keeping. ATM has never claimed to be, nor desired to be, a surrogate to education on all aspects of keeping aquariums. This is best handled at an LFS (local fish store) and hopefully on a personal level. What ATM does is not the stuff for beginners. It is a hobbyist’s responsibility to gain a proper education on aquarium keeping. And it is the goal of local LFS owners, their employees, expert bloggers and vloggers on Youtube (among many other resources) to perform this task. In 2013 there is a wealth of outstanding learning resources online for aquarium keeping.

ATM has great relationships with many LFS’s around the globe and one will never see ATM undermining their important roles for any reason. ATM does not undermine teaching roles of anyone else either, particularly when it comes to establishing bio-filtration. ATM does nothing with bio-filtration that is inappropriate nor impossible.

In response to the accusation of “rushing” tanks, we would like to stress to everyone that all ATM aquarium tanks are cycled instantly using imported nitrifying bacteria cultures. At no point ever does ATM even begin to even think about introducing fish into an un-cycled aquarium. That is simply preposterous. These cultures, which are contained in our product in the market called Colony, allow this to happen. This is the best biological nitrifying bacteria culture that money can buy. This product can be tested and verified by anyone. We repeat: No fish are ever added to aquariums with unfit bio-filtration.

RUMOR MILL AND THE MISINFORMED

For the past year and a half it has been a field day for bloggers, reporters, and aquatic forums for creating and repeating untruths and here-say based on what is seen on television. Through this time Shark has held its proverbial “tongue”, but rumors and now lies have entered into the fold that can’t be ignored.

It is realized that due to the ATM name being on worldwide television we are faced with much scrutiny. ATM doesn’t have the luxury of conducting business and experiencing the ups and downs privately without the world watching under a microscope like every other entity in the aquatics business. ATM is fearless and up for that challenge. However, since the show started ATM has never been questioned directly about the factual basis of much, leaving only the assumption that agendas have taken priority over the desire for the actual truth. Even ATM Aquarium Products were reviewed and dispelled before they were even available for testing (much less review), while stealing our proprietary images and using them without our permission in their hit pieces. We will allow use of our images to these parties, but will not allow the untruths below them to go unchecked.

Obviously reviews like these have been proven wrong now that ATM products are a global brand proudly serving ten countries abroad with fantastic, professional partners based entirely on their performance. These products, preferred now by those who have actually used them, were actually slandered as “snake oil” by one blogger that decided to go so far as to do so without ever providing any kind of test results or claiming any kind of experience with them, even though by that point were easily available to be tested. This is saddening.

But what is even more unfortunate is that our door is, and always has been, open to questions and fact seeking regarding these products. Since this door was never even knocked upon by some before formulating conclusions, it puts into question the credibility and subjective nature of such journalism.

ATM understands very well that ordinary companies generally don’t have to make statements like these. What’s sad is that is necessary. But ATM is no ordinary company. ATM stands alone with the world’s eyes upon the Blue Shark. Opinions, perceptions, and all that go with that are free and welcome. However, ATM will not be a piñata for those who print, repeat, and syndicate untruths. That is where the line is drawn.

It is important to share ATM’s side of the story to get the truth out about many subjects. ATM will not allow the only information available to be by bloggers that only possess bad information passed along to them from uninformed parties. That way people have more information with which to draw their own, and more importantly, accurate conclusions.

Thanks to all of our fans, customers, partners foreign and domestic for your unwavering support of ATM. You have given us the opportunity of a life time to bring popularity and outstanding new tools to aquatics! There is much more from ATM on the way this year that will continue to change the world of aquatics!