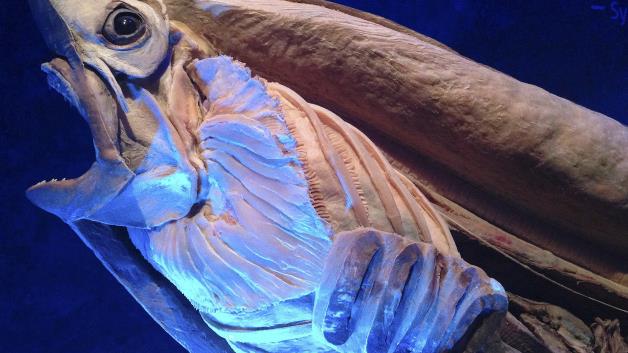 The Georgia Aquarium recently unveiled a brand new exhibit, and this one might make you crawl right out of your skin. Instead of adding a beautiful display reef or a mega aquarium full of sharks, this exhibit lets us appreciate the inner beauty of various sea creatures, literally. The exhibit is called “Sea Monsters Revealed: Aquatic Bodies”, and it features sharks, rays, and other animals that have been stripped of external tissues to various degrees. The exhibit is quite similar to the popular “Bodies” and “Body Worlds” exhibits of dissected human bodies, but obviously focuses on marine life and allows aquarium goers to see the preserved internal organs, skeletons, and muscles of lots of different marine creatures.

Included in the “Sea Monsters Revealed” exhibit are all sorts of creatures from our oceans. The exhibit focuses on 18 large animals, which includes a 6-foot-wide devil ray, a 15-foot-long mako shark and an 18-foot-long, 3,000-pound whale shark just to name a few. Over 150 individual organs and smaller animals round out the morbid display. While this new sea monsters exhibit does feature a whale shark, which the Georgia Aquarium has a few living specimens, none of the animals in this revealing display were actually sourced from the aquarium. All of the animals were taken from various sources in accordance with animal protection standards and laws. 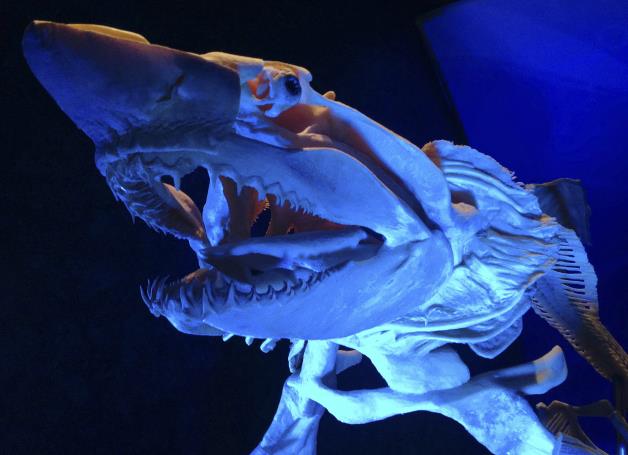 Unfortunately for Atlanta residents (or fortunately for the rest of us), the exhibit won’t be at the Georgia Aquarium forever. This is the second stop of the tour, though it will be more than a year before it moves into a different city.

To read more about the exhibit and how the animals are preserved, be sure to visit MSN for all of the details.