Trending
You are at:Home»Aquarium Livestock»Captive Bred Clarion Angelfish Listed and Immediately Sold in the Diver’s Den 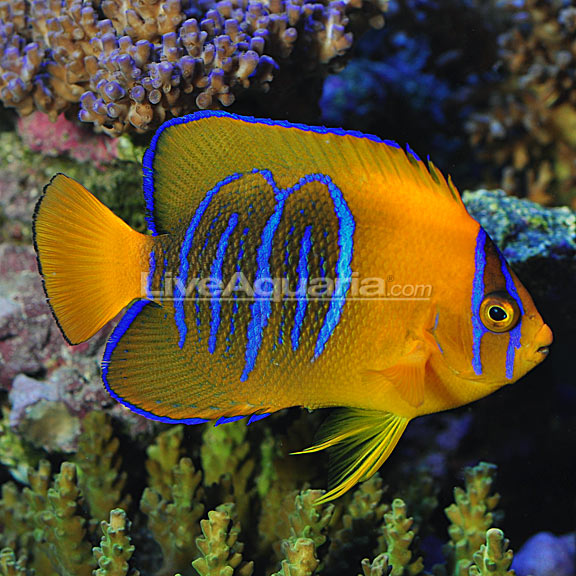 A couple of months ago, Quality Marine announced that they had gotten their hands on the first and only captive bred clarion angelfish to enter the United States. Born and raised in Indonesia by Bali Aquarich, a company specializing in aquaculturing angelfish and other marine ornamentals, this event represented the first time that the fish had been commercially available and it had the whole aquarium community excited. To no surprise, LiveAquaria announced that they had acquired the tank bred individual from Quality Marine, showing it off in a video taken in one of Kevin Kohen’s many aquariums. After spending a couple of months in Kevin’s personal care, the fish was finally listed for sale in the ever popular Diver’s Den, selling in a mere matter of minutes.

The first ever captive bred clarion angelfish was listed and sold for $5000, which is a relatively reasonable price considering that regular old run of the mill clarion angels aren’t that much less, especially the juveniles. And while this is the first and only captive bred clarion to enter the US, it most certainly won’t be the last. Bali Aquarich has had great success breeding this species, and they have shown off several individuals on their website and social media outlets. There’s no telling how many they’ll ship to the US or when that next batch will arrive, but when they do show up, you know they’ll go quickly and for a similar price point, especially given their extremely high demand.