Trending
You are at:Home»Aquarium Livestock»Eastern Hulafish is an Interesting New Addition to the ORA Lineup 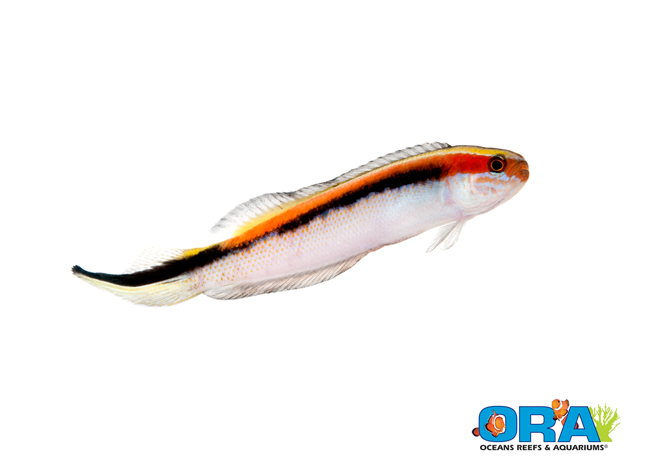 Oceans, Reefs & Aquariums announced a brand new captive bred fish that’s been added to their lineup, the ORA Eastern Hulafish (Trachinops taeniatus), which prior to today, most of us have never even heard of. Hailing from the cooler waters off the southeast coast of Australia, the fish’s natural habitat averages around 65 degrees Fahrenheit, which is about 10 degrees cooler than what we run our marine aquariums at. Thankfully, this fish isn’t as sensitive to the higher water temps of our tanks, as say the bluespot jawfish or Mexican turbo snails are, and ORA has had a significant amount of success with the hulafish in just a year’s time.

The colorful and odd looking hulafish, named for its unusual swimming behavior that is reminiscent of a hula dancer, is a very laid back fish that grows to approximately 4 inches in length and comes ready to raid your pantry. ORA thinks the fish’s heavy appetite is due to the warmer waters of their broostock and larval systems, but if that’s the only tradeoff, it’s definitely one we coud live with. Provided with enough food and tank temps at or below 78 degrees, ORA suggests this would make for a great reef fish and hopes that it and similar species will find favor with aquarium hobbyists.

According to ORA, the Eastern Hulafish will only be available in limited numbers, but they promise to continue working with the fish until they are more abundantly available.