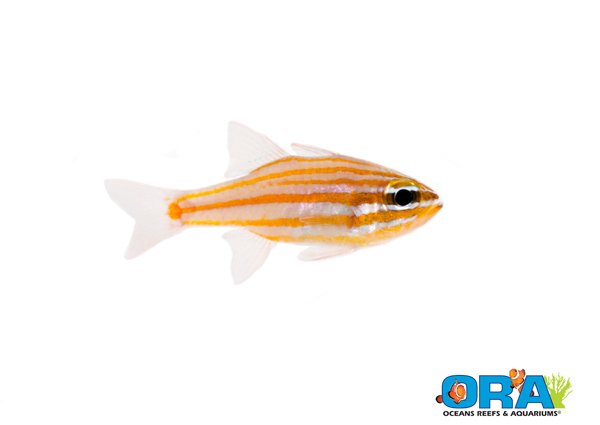 Believe it or not, but Oceans Reefs & Aquariums (ORA) has released around half a dozen new captive bred fish onto the aquarium keeping world so far this year, not including corals, and they’re gearing up to add at least one more before 2013 draws to a close. Announced late afternoon yesterday on their blog, the ORA Yellowstriped Cardinalfish (Ostorhinchus cyanosoma) is the latest offering from the Florida-based aquaculture specialists and the second one in less than a week. The fish isn’t new to the trade, and some hobbyists have bred them in captivity in the past, but this is the first time that captive bred individuals will be available on any sort of scale. ORA states in their announcement that only a small batch of these cardinalfish will be available, so if you want to get your hands on some, now is the time to act.

As for the yellowstripe cardinal’s behavior and breeding characteristics, it operates a lot like most other cardinalfish. It is a peaceful fish that hails from various locales within the Indo-Pacific region and it does well in just about any community environment, though it might go after some small shrimp from time to time. The fish is a fairly easy breeder as well. Like other cardinals, the male holds the fertilized eggs in his mouth until they hatch.