Trending
You are at:Home»General»Inaugural Issue of VargasReef Magazine Reveals Oasis of Reefkeeping in the Desert 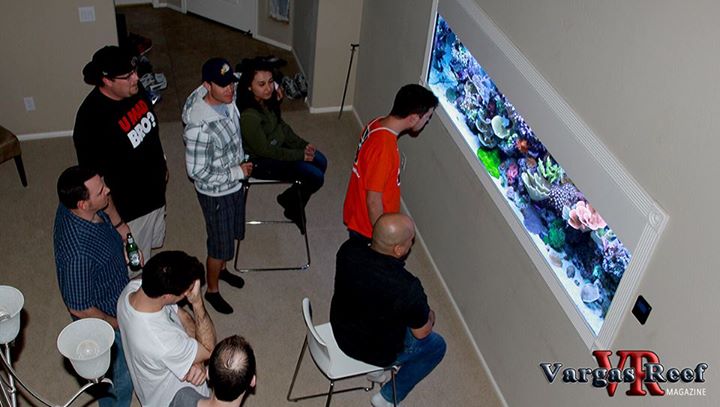 About a week ago, we helped announce the inaugural issue of VargasReef Magazine, a new project by a jack of all aquarium trades, Tony Vargas. The first issue of this free magazine, which is available only on Facebook, features an unlikely place to find a thriving marine aquarium community, right in the middle of Arizona. The Grand Canyon State is chock full of amazing aquariums, and issue one of the magazine shares some of the very best the state has to offer.

In this first issue, Tony details his traveling woes, which were mostly the result of a lost and eventually found laptop. From there, he and Jason Frick (co-founder of Arizona FRAG) toured the best Arizona had to offer. The trip highlights a 900-gallon aquarium home aquarium with a crazy automatic fish feeder, a 650-gallon reef system at a local store, and a wrasse-filled aquarium that would make any rare fish aficionado green with envy.

This first issue has shed a whole new light on an unexpected area for the marine aquarium hobby, and we can’t wait to see what issue number two has in store for us.