Trending
You are at:Home»Uncategorized»Picture of the Week, Clown Triggerfish at the Aquarium of the Pacific 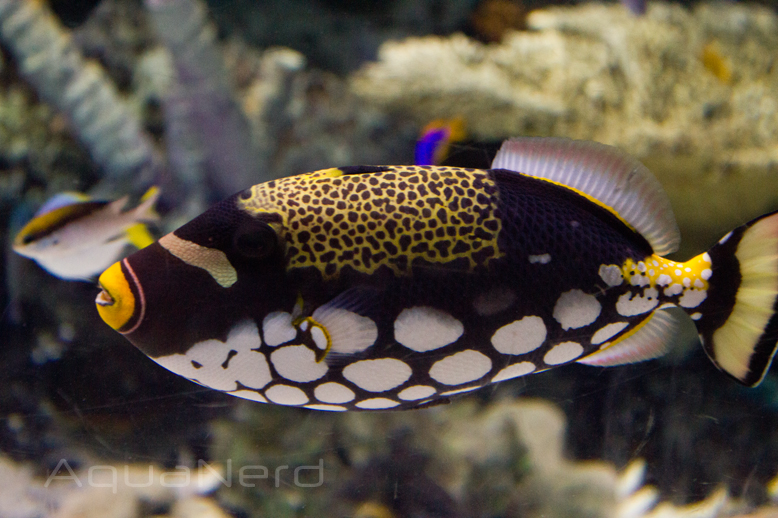 We don’t often focus on those big, predatory fish that are best kept in FOWLR aquariums, but this week we’re bucking the trend to share this huge clown triggerfish that we spotted at the Aquarium of the Pacific. Well over a foot in length (and still nowhere near fully grown), this triggerfish was impressive with more than just its coloration. It cruised the tank like it owned it, and none of those small reef fish would get in its way. Not even the overly aggressive damselfish bothered to defend their tiny territories against this big, slow swimming bruiser.

Named for its wild coloration, the clown trigger has a black body that is adorned with huge white circles on its abdomen and an intricate yellow weaved pattern on dorsal regions. Its eye is hidden amongst the black portions of the body, which means predators of this bad body won’t likely attack where its eye really is.