Trending
You are at:Home»Uncategorized»A Brief Look at the History of the Purple Death Palythoa 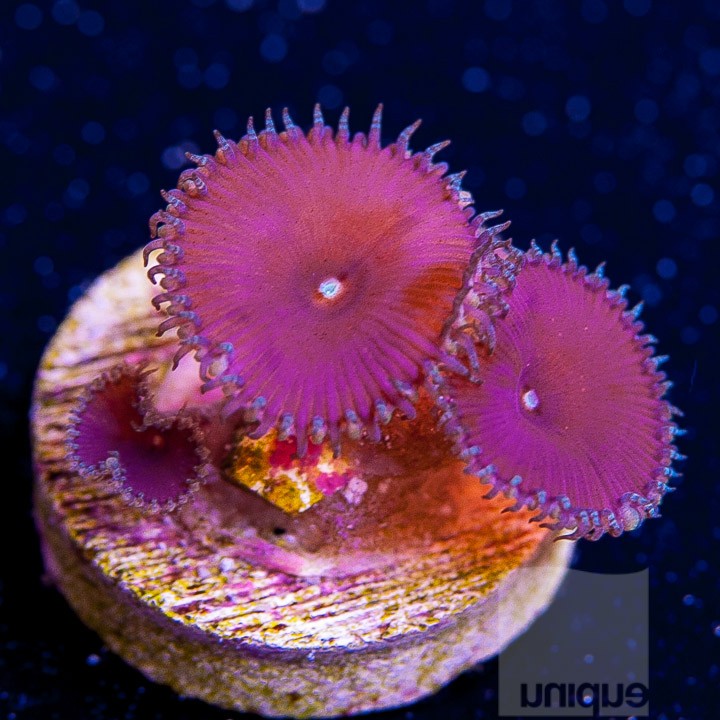 Zoas and palys have always been admired by beginners to the hobby, as well as the experts. While many of the polyps that are sought after are vibrantly colored, many times putting of some astonishing fluorescent colors, the polyps we have for you today are not so much on the vibrant side, but still a very popular coral. We are, of course, talking about the Purple Deathy Paly, a once rare coral that we see quite often these days. In terms of looks, we aren’t saying that it isn’t a very beautifully colored paly, it just doesn’t have wild colors or patterns like some others we’ve come across.

In terms of history, Purple Death Palyothas are nothing new in the hobby, as they actually date back to 2006. Original owner Alex Agrusa, also known as Creetin on Reef Central, traded or sold a frag of these beautiful palys to John aka “Tubs” from Exotic Reefs. John then off course grew them out and put many of them out in the market.

There are many variations of the “Death” family of palys. Red Death Palys, Nuclear Death Palys, Nuclear Green Palys, and Blue Death Palys are just a few. The price on these palys back when they were first introduced was about $50-$100 per polyp. Now, you can find them for $10-$20 a polyp with relative ease. These palys are just as much of an eye catcher now as they where back then, and their amazingly purple glow sure can put us in a daze.

I remember walking around vendor hall at Nextwave in Dallas/ Fort Worth, admiring all the coral. There were beautiful chalices, SPS, and off course zoanthids and palythoas galore. Then, there it was, with its deep green, almost eyelash-like skirt. Like it’s green skirt it also has a green mouth but how can we forget that rich, almost hypnotizing purple oral disk. 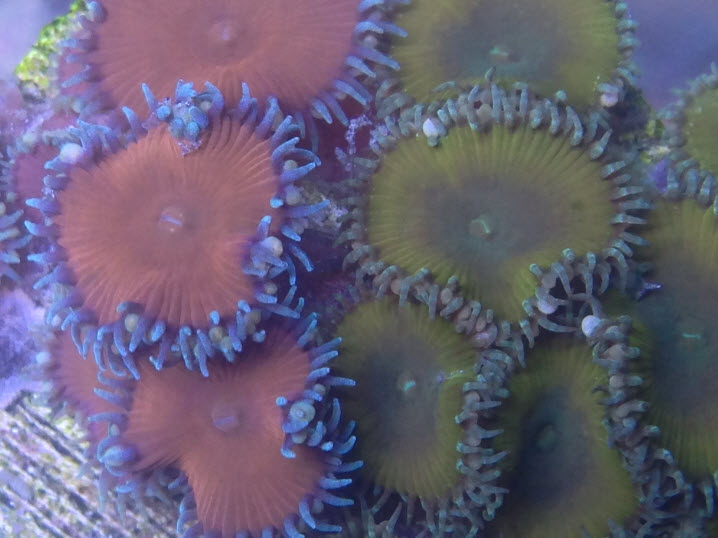