Trending
You are at:Home»Aquarium Industry Jobs»Apparently Fish Shaming is a Real Thing 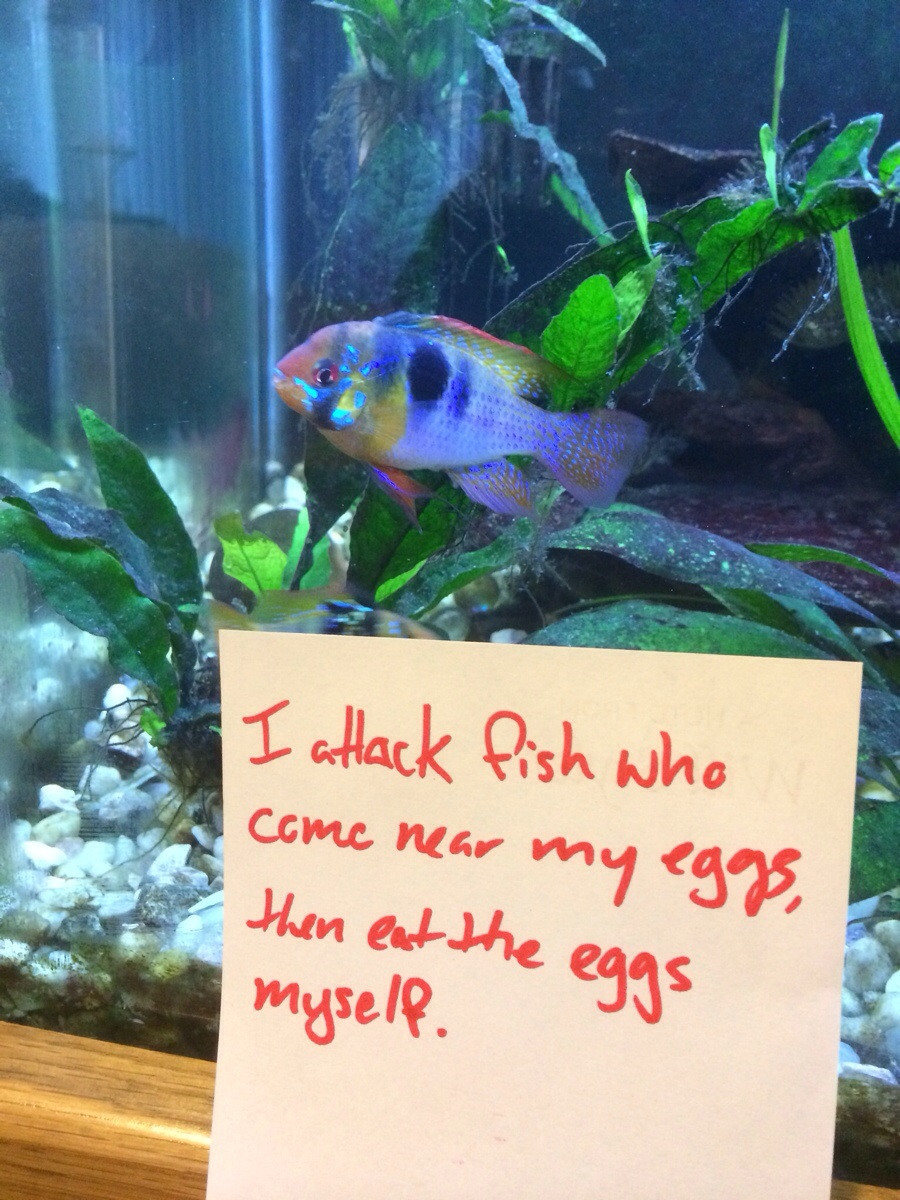 Apparently, there’s such a thing as fish shaming. In this interesting act of internet virality, an aquarium owner posts conceivably embarrassing messages about their fish. While the comedy of humiliating fish on the internet may be lost on some (or likely most) people out there, believe me when I say that it’s the perfect message for an aquarium keeper. In the images shown above and below, which were taken from the Tumblr page Distinct Memory, the fish were apparently overly aggressive toward tankmates, inflicting some sort of damage or death that the aquarist was tired of. The hobbyist then used the power of social media to let the world know of the fish’s bad behavior. And while the fish obviously aren’t really even aware of what’s going on, we got quite a chuckle from this fish shaming and would love to see it expanded towared more of our salty pets as well.

Just image, shaming that “reef safe” angelfish for nipping at all the clams or humiliating a clownfish for trying to host a water pump. The possibilities are endless. 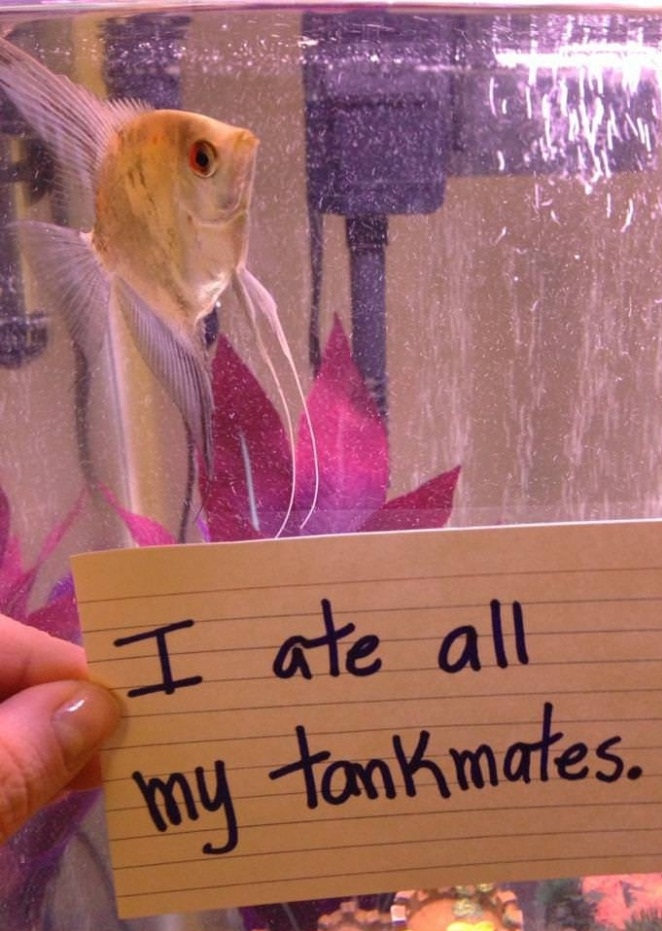