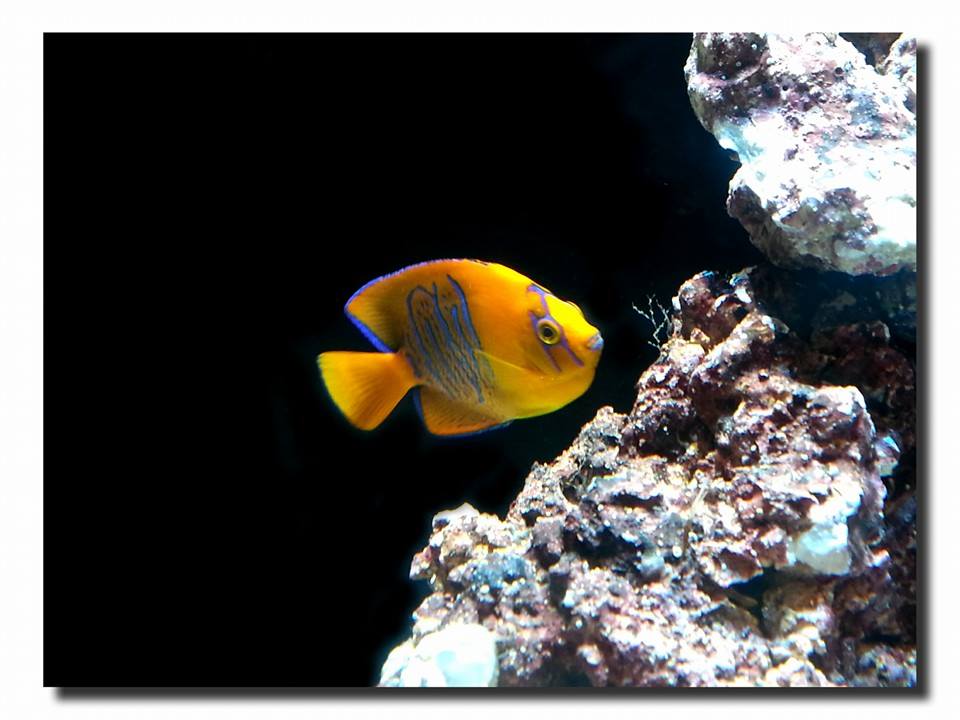 If there was any undertone to this year’s MACNA, it would have to be the abundance of captive bred fish in the aquarium hobby. While the show was chalk full of the typical offerings of designer clownfish and other marine ornamentals, it also played host to some really high end captive bred fish. The biggest announcement of the conference was that of the captive bred masked angelfish, and we even saw the widespread availability of both the lightning maroon clownfish from Sea & Reef Aquaculture and the odd-looking longfin clowns from Sustainable Aquatics.

But there was another tank bred fish that was lurking at the conference whose impact is just as important. We’re talking, of course, about the captive bred clarion angelfish, which is a product of Bali Aquarich that surfaced around this time last year. This clarion was for sale at the show, holding a sticker price of $4000, and to no surprise it sold.

While the price on the fish may be shocking to some, the availability of the captive bred clarion is a groundbreaking achievement that’s nearly on the same scale as the masked angelfish news. The fish has always been incredibly rare and just as equally sought after, and it’s not like they are easy to breed in captivity. They are broadcast spawners with pelagic larvae, which is far different than the demersal eggs laid by clownfish.

Regardless, the fact that we can see a captive bred clarion angelfish in this hobby is just amazing.