Trending
You are at:Home»Aquarium Equipment»Looking Back at 2010, the Good and the Bad

This year has been quite a crazy one. It’s the end of our second year in the blogging world, as well as our best ever. This site has grown by leaps and bounds, allowing us to not only bring in new sponsors that send us great products to review, but also give away lots of nice equipment to our readers. We’ve seen several new companies, lots of amazing livestock, and even the demise of many businesses that have been serving the hobby for years. Below is another collection of stories that occurred this year, all of which are ones that we felt were either interesting or important to the aquarium industry.

Welcome to the Aquarium Industry

Many new brands showed up this year, offering aquarium equipment or livestock for just about every aquarist. Companies like Ecoxotic and AVAST Marine Works exploded onto the hobby, offering tons of new products and filling voids in several markets. Ecoxotic, which technically showed up at the end of last year, released tons of LED lighting equipment, including Photon Cannons, PAR38 lamps, and LED-powered EcoPico aquariums in 2010. AVAST, an America-based manufacturer of various types of aquarium equipment, showed off their protein skimmers, skimmer neck cleaners, and just about anything else imaginable that can be made out of acrylic.

Keep reading below for a list of several new companies, several companies that went away, and a lot of other popular topics from earlier this year.

2010 was a tumultuous year for many companies. Those that could not survive, didn’t…and there were several. The biggest of which seemed to be IceCap Inc., who are currently undergoing restructuring in hopes to re-emerge sometime down the road. Euro-Reef also fell on troubled times, as they shut their doors as well. The owners split up the company, re-branding many of the products under the Reef Dynamics name. Technically Euro-Reef shut its doors on December 31st of last year, but the news didn’t trickle out until a few days later. 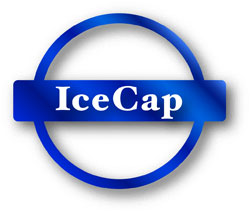 Here are a few businesses or brands that went away in 2o1o:

Many already existing companies broke out several new toys in 201o. Some of them flew under the radar, but others like the VorTech MP60w ES were right in our faces for several weeks. Ecoxotic had tons of products hit the shelves this year, including their Panorama 36 Retrofit light, the Photon Cannons, a 25-gallon LED lit aquarium, reflectors for their Stunner Strips, and several more. I was actually very tempted to declare 2010 the year of Ecoxotic simply because they seemed to be everywhere. 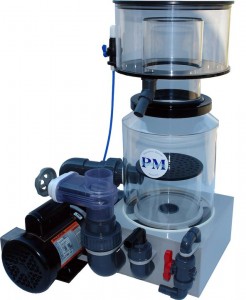 Precision Marine, an acrylic fabrication company that has been around for a couple of decades, revamped their product line for 2010. This update featured a RFCa640 reverse flow calcium reactor and the PM Mach 1 & 2 protein skimmers, just to rattle off a few. And the new ATI PowerCone stepped out of the shadows to reveal a unique gridwheel impeller and a new method for drawing in air and water. Most of these products excited the general aquarium populace to some extent, and below is a list of several great items from this year. 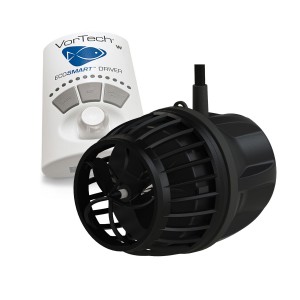 In closing out the memories of 2010, I wanted to end with a topic that will have lasting impacts on the aquarium industry for many years to come. 201o was a year full of aquarium controversies, as many people like Robert Wintner (aka Snorkel Bob) and the group ForTheFishes.org tried their best to tear down the industry behind our great hobby. Legislation has been introduced by these and other people in an attempt to restrict collectors and wholesalers as much as possible, and tons of misinformation has been circulated by these groups.

I’ve tried to show these groups for what they really are, tourism industry insiders only looking to preserve their cash flow, and we’ll continue to expose these groups as much as possible.

I can’t honestly say what’s in store for next year. Of course we’ll be covering all of the new product releases, industry events, and rare livestock, but other than that, we’re not 100% sure where next year will take us. I will be starting a new aquarium build, personally attend a few more aquarium events, and continue to develop this community.